Athletic Training: What is it?

Purdue University's undergraduate Athletic Training program has been accredited by the Commission on Accreditation of Athletic Training Education (CAATE). The goal of Purdue's program is to obtain a Bachelor of Science and be prepared to take the BOC certification exam, pursue graduate school, and be ready for employment as an Athletic Trainer. Purdue has a very strong history when it comes to Athletic Training.  Purdue University received initial NATA approval for our Athletic Training program in 1973. The program has been re-approved in 1978, 1983, and 1988. Purdue's program is very selective in that it only allows 15 new students each year, and those students go through a long selection process that lasts almost all year long. Those 15 students that make it are in the program and will graduate as an Athletic Trainer; however, for those students who don't make it they have to switch majors. Students are allowed to retry to get into the program and students do often retry.

Purdue University's Athletic Training program is one of history and prestige. There are two active NATA hall of fame members in the staff, and another hall of fame member that has passed away. William Newell was the second executive secretary in the history of the National Athletic Trainer's Association (NATA) and has been called the "Father of Modern Athletic Training." Newell played a major role in the growing of Athletic Training as a respectable health care profession, for without Newell there might not be a NATA at all today. Newell kept the NATA afloat during the early years and played a pivotal role in integrating a formal education into a part of becoming an athletic trainer. Denny Miller served as a two term NATA president while at Purdue. Dr. Larry Leverenz has recently had some breakthrough research into the field of concussions and head injuries. From the result of that research Larry was added to a $60 million research into head injuries, concussions and preventions funded by the NFL and Commissioner Roger Goodell. 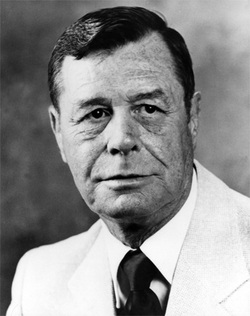 William “Pinky” Newell was Purdue University’s chief athletic trainer from 1949-76; he also was an assistant professor at Purdue. Acknowledged as the Father of NATA, he was Executive Secretary for more than a decade, and many subsequent leaders credited him for their success. A former football player for the Boilermakers and 1947 graduate, Newell served as an athletic trainer at the 1976 and 1980 Olympics and coordinated all athletic training coverage for the 1984 Olympics. 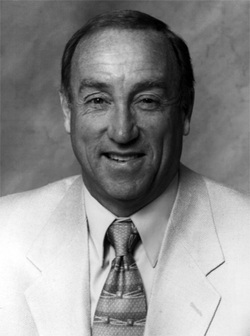 As a former student of Pinky Newell, Denny Miller knows volunteers make or break an
association. He got involved in national athletic training issues and eventually
completed two terms as NATA president. He directed initiatives that improved
sports medicine in the collegiate setting. Miller is the director of sports
medicine for Purdue University.

Induction video for the NATA Hall of Fame: 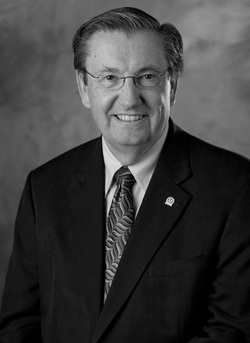 From the classroom to the basketball court, Larry Leverenz delivered intelligence, versatility and a global perspective to athletic training. He spent more than a decade working with disabled and blind athletes while making a name for himself as a clinician at Western Illinois and Iowa. He took a position at Purdue in 1991 and served as AT for men’s basketball and ATEP Director. He was CAAHEP president from 1999-2002 and was extensively involved in WFATT.


Induction video for the NATA Hall of Fame: